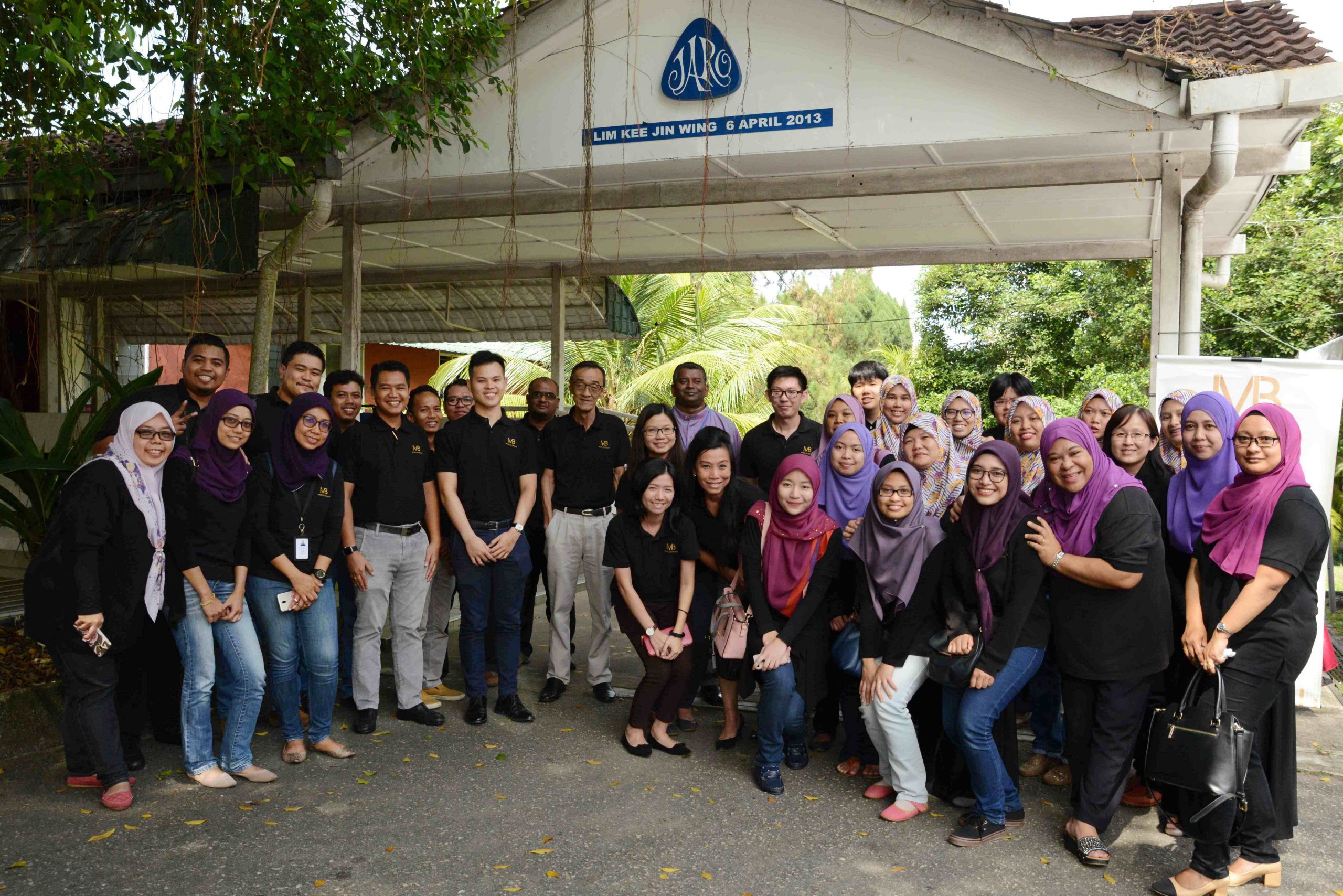 Recognising the good work of Johor Area Rehabilitation Organisation (JARO), the staff of MB World Berhad organised a fraternity visit to the centre and hosted a luncheon in conjunction with Chinese New Year celebration.

In view of our imminent Single-Storey Terrace House Phase 1 vacant possession delivery which is estimated to take place in the second quarter of year 2018, the Group has sourced to partner with JARO to produce handcrafted items to be given as tokens to its first batch of 265 new home-owners. The Group has also decided to extend its support to further partner with JARO for the remaining of year 2018 where more VP delivery of its other development phases is expected to take place.  In the Group’s endeavour to help create awareness to public, visual display of JARO collaterals will also be positioned during the Group’s VP home delivery events. This partnership with JARO forms one of the many regular MB World’s involvements in its corporate social responsibilities conducted by the Group annually, amongst other contributions toward charitable organisations and welfare homes.

Approximately 35 staff of MB World Group took time off to visit JARO with enthusiasm.  Joseph Arputham, the General Manager of JARO welcome the staff and expressed his gratitude for the Group’s support as well as creating awareness of the centre.  The Group’s Executive Director, Ng Liang Khiang said, “giving back to the community where we live and work has always been an integral part of the Group’s core values.”